The podcast will provide original, entertaining, informative, and engaging “geek” content, via the experienced hosts, and unique guests. It aims at a contemporary, niche, Australian audience of passionate fans, who are immersed in genre TV shows and blockbuster movies based on comics, and pop culture conventions filled with national/international stars. We aim to reach these fans, from the casual to dedicated, via this podcast and across social media platforms.

Each podcast will commence with short news/events segment, followed by an interview with an industry professional, discussing their background in their field (comics, film, art, writing, publishing etc.). The discussion will be broad enough to provide an introduction to each specialised industry, advice for novices, and illuminating anecdotes regarding their creative lives (this layout is in response to the highest audience numbers at OZ Comic Con panels over 3 years, and is negotiable).

The audience is predominantly all ages but specifically 15-40, both male and female, who have dispensable income (middle to upper class), who are involved in specific fandoms such as Dr Who, Lord of the Rings ,Star Wars, comic companies such as Marvel & DC, etc, and who may attend pop culture conventions across Australia and the world to meet their heroes who design these worlds. It will also appeal to the casual movie goer, the casual book reader, or anyone interested in pop culture, who would like to stay up to date with the latest comic book, tv/movie, convention news and reviews.

· Ben Bawden – Animal Handler at Cockatoo Chaos currently working in northern NSW on I’m A Celebrity Get Me Out of Here Europe Editions.

There are many more to add…

To cover what you DON’T want: 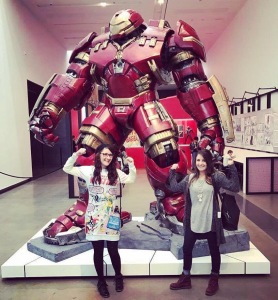